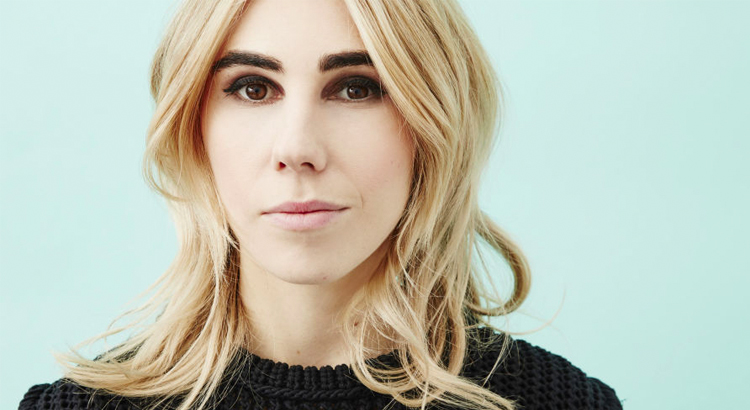 Posted at 10:23h in Sin categoría by admin 0 Comments

Zosia Mamet, one of the stars of HBO’s Girls, got real at the AOL’s Makers Conference in LA in February. Her revelation? Her six-year struggle with pelvic floor dysfunction (PFD), a common pelvic condition.

“For six years it felt like I had the worst UTI of my life,” Mamet told the crowd. Despite suffering from symptoms including intense pain during sex and urinary incontinence for six years, doctors wouldn’t take her seriously.

“They told me I was crazy,” she revealed, adding that one physician called her an “uppity type” and advised, “you need to self-soothe missy.” Physicians lacking in sympathy and awareness of PFD and potential treatment options were quick to dismiss Mamet. Despite her very real symptoms, she was told it was all in her head.

Finally, Mamet found a doctor who could offer a real solution (the first female doctor she visited). The doctor diagnosed Zosia Mamet with pelvic floor dysfunction. Mamet recalls the doctor telling her, “You can stop eating painkillers like Tic-Tacs because we can fix you with physical therapy.”

Pelvic floor issues are more common in the US than we tend to think. According to a study on female pelvic disorders, these conditions “represent a major public health burden as one quarter of all adult women suffer from at least one pelvic floor disorder.” (1). The same study found that the number of women affected by PFD will only increase by 2050. PFD is a major health concern for women, yet there is still a stigma around discussing pelvic floor concerns.

Thankfully, discussion and awareness of PFD is on the rise. So why are we still so scared to talk about it? Many women (and men!) are embarrassed to talk about symptoms like urine leaks, constipation, back pain and painful sex. Health care providers that are dismissive or unaware of pelvic floor issues can make matters worse.

In reality, PFD is a common musculoskeletal disorder that affects one in four women. When our pelvic floor muscles are weakened or suffer from excessive tension, an array of painful symptoms arise like back pain, urinary incontinence, pain during sex and constipation. What many people don’t know is that these symptoms are usually treatable with pelvic floor physical therapy.

Zosia Mamet’s case also shows that PFD is not always related to pregnancy, childbirth or age. It’s true that  the prevalence of pelvic floor issues increases when a woman has some risk factors, such as excessive pressure on the pelvic floor from impact sports, chronic constipation or hormonal changes that accompany menopause. However, you can experience PFD syntoms for many reasons! So if you have pain in your pelvic area and you have already visited your gynecologist with no luck, don’t give up, get in touch with another professional.

And even if not, it’s important to remember that the pelvic area is an important aspect of self-care and body-awareness. Don’t be afraid to speak up when you feel that something is off. The first step is knowing your body. Start with B-wom’s pelvic floor test now! Self-knowledge empowers you to seek out the treatment you need.

Thankfully, Zosia refused to accept that her condition was in her head:

My pain taught me everything. We need to trust our bodies. Just the fact that we are feeling it makes it real.

We couldn’t agree more Zosia! Listen to your body, trust yourself and don’t be afraid to speak up.

Download B-wom to take control of your intimate and pelvic health. Get evaluation, personalized care plans with professional exercises, content and tracking to improve your intimate wellness.